How to install attic roof insulation

The attic is one of the most important places to insulate. First of all, a vapor barrier must be installed. If there isn’t already one to do so, apply acoustic, sealant on the joists sides and glue polyethylene strips.

Make sure everything is properly sealed off. Leave the joist tops uncovered to let the wood breathe. Installed rigid insulation boards between the joists and make sure it does not obstruct the airflow in eaves and vents always leave a “two inch” gap between the roof and the insulation to promote sufficient ventilation.

“Then” seal off all gaps where the ceiling and the dividing walls join and openings around pipes, vents or wiring running across the attic. Since the plumbing backbone always moves around because of thermal expansion, create a polyethylene casing with acoustic, sealant insulated between the joists by installing fiberglass blankets.

How Does Proper Attic Ventilation Protect my home Roof

You may think it’s just air or how can it impact my asphalt shingle roof? A proper  Attic ventilation is a balanced system of intake and exhaust vents that allow continuous airflow year round, helping to reduce heat and moisture buildup.

There is a variety of different system choices for providing critical intake and exhaust ventilation without adequate airflow, premature shingled deterioration and roofing system failure can occur in the winter.

Moist, warm air created by appliances, heating, cooking, showering and other activities in the living space can rise into the attic without a continuous flow of outside air. The water vapor cannot exit trapped water vapor and interior generated moisture cannot escape.

This moisture can lead to rot, mold, mildew and wet insulation. In addition, trapped warm air can condense on the underside of the cooler roof deck, resulting in further moisture issues in colder climates.

The attic space is often warmer than outside temperatures, causing snow on the roof to melt. This melted snow can trickle down to the gutter and eve, area where it refreezes, creating an ice dam.

This can cause leaking and costly damage to shingles, gutters, insulation and the roof system during the summer. Hot, humid air cannot escape, resulting in extreme temperatures in the attic, making air conditioners work harder and increased energy costs. When the roofing system absorbs heat and combines with humidity related moisture and possible roof, failure may still occur.

Remember, highly effective ADIC ventilation contains a properly balanced placed an unobstructed system with both intake and exhaust vents that allow continuous airflow. This helps preserve the durability and performance of  the roofing system. If you’re planning to install a new asphalt shingle roof, ask your roofing contractor to make sure your attic meets current code for ventilation.

The Right Way To Insulate (Attics and Cathedral Ceilings)

We’re going to learn how to insulate attic areas and cathedral ceilings with bats the right way. There’s also a tape on insulating attic areas with blown in insulation, which you should watch as well.

We’ll be using many of the same installation methods as when we install bats in walls. However, these ADIC bats are usually thicker because upper areas of the house are subjected to greater temperature extremes during the year and require higher our values. Also, the bats are generally wider and shorter, usually twenty – three or twenty- four inches wide and forty eight inches long and like sidewalls.

These bats can be craft faced or unfazed. It’s important to have good ADIC ventilation, so before you start to insulate. Check to see if the House has events, if the House does have events. You should install baffles before insulating baffles assure that insulation doesn’t block the vents because attic ventilation is very important in reducing heat and moisture buildup.

In this case, our installer sees that the house has vents, and he’s installing attic baffles at each vent as he goes. To reach the ceiling, you’ll probably need either a scaffold or a ladder or stilts. If local regulations permit them, check with your supervisor.

Before you begin, cut open some back bags and set the bats on and around the room, if you’re using stilts that way you can reach down for the bats without having to get down from the stilts. If you’re using scaffolding, play some bats up where you’re working so you don’t have to get up and down too often. Start in one corner and push it back up into the joist space. Make sure it covers the top plate of the wall. 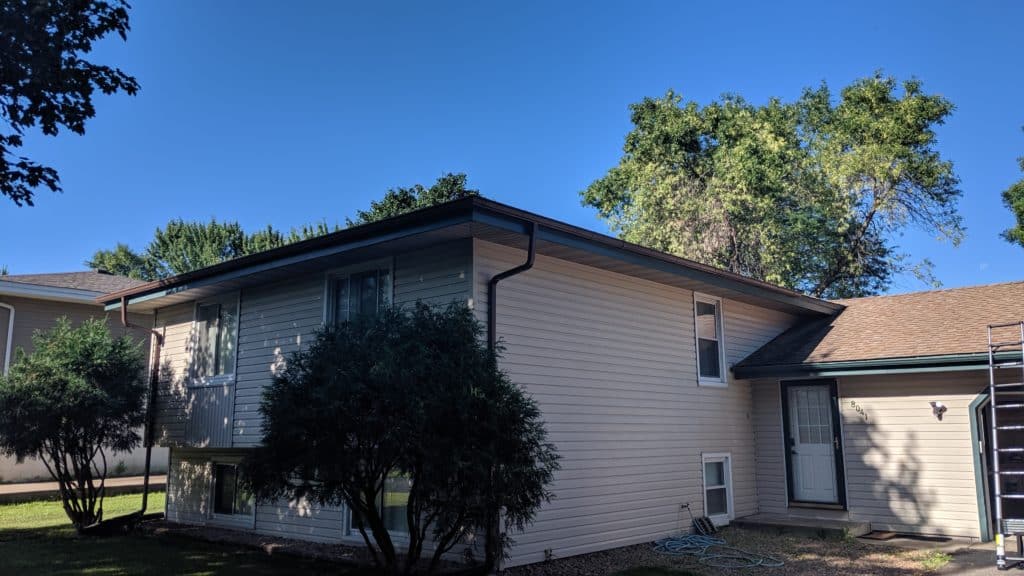 Be careful not to block soffit vents. These faced bats are installed basically the same way as for sidewalls staple the bats with staples at least every eight inches.Remember that the facing side of the insulation should be down toward the inside of the house. To avoid overheating, don’t insulate closer than three inches from recessed lighting fixtures.

Incidentally, this does not apply to icy type insulated ceiling fixtures. Look for icy identification on the fixture. When you’re working with craft face, that’s near hot lights. Cut the facing back three inches. Either cut the facing away or use unfazed insulation around chimneys. Remember, the vapor retardant is flammable. Keep the facing a minimum of three inches away from heated flue pipes & chimneys.

Most of the time,ceiling batts are installed from below, but at the ceiling, drywall is already in place. Then you’ll install the insulation from the attic. Be careful walking. Don’t step off the joists. Drywall won’t support your way.

Place the craft faced insulation down between the joists on top of the drywall and with the facing down toward the interior of the house. Be careful not to compress the insulation. When you compress insulation, you lower its R value.

Cut the insulation to fit snugly around cross braces and other obstructions. By the way, there may be some jobs that call for laying down a vapor retard or first and then laying unparsed insulation down between the joists on top of the poorly.

Be sure to staple it in smoothly and overlap it wherever you use a second piece. So the vapor retardant is continuous and without gaps. This rarely comes up, but some jobs may call for a combination of batting and blowing.

This can be when a craft vapor retardant is desired and then to add ah value, the attic is blown. In this case, the back crew installs the craft bats in the ceiling. Let’s say our eleven bats. Then after the drywall is finished, the blow crew comes in and as insult safe to the specified our value blowing right on top of the bats.

Before you leave the attic, remember to insulate the back of the access cover by nailing or stapling a piece of insulation to the back of the board or fascinate with glue. Installing insulation in a cathedral ceiling is a little different.

As with other areas, you can use either craft faced bats or unfazed bats with a poorly vapor retardant. With this type of ceiling, you should leave approximately one inch between the insulation and the roof deck. This allows ventilation to keep the roof deck cooler.

And if you’re using faced insulation, be sure that no facing is within three inches of non icy light fixtures. Remember, craft and foil facing is flammable. As you work. Be sure to, but the ends of the battle closely. So there are no gaps and it’s best to overlap the facing at the ends again to prevent gaps.

If the insulation you’re using is thicker than the joist space, then you must install baffles over the entire length of the roof deff surface to allow for ventilation of the roof. If the bat completely fills the cavity with no room for air circulation behind the back, then you must allow for airflow up to the ridge vent installed baffles leading from the soffit vent up to the roof deck to the ridge vent.

These bats are not as thick as standard are and are 38 bats and allow space for ventilation without the need to install baffles. Also there, wider than standard ceiling bats. These are twenty four inches wide, not twenty three.

Let’s summarize what you’ve learned. Insulation for attics is usually thicker than water baths. These bags can be either faced or faced with a separate application of poly film, just like four walls. Do not block E vents, allow three inches of space around recessed lighting fixtures unless they’re icy type fixtures. Keep facing three inches away from heated flu pipes or chimneys.

What Are Ridge Vents on a Roof?

Typical Winter Roofing Problems and How to Avoid Them